skip to main | skip to sidebar

"The Route" to finding one's self is paved with good intentions

Many years ago, I learned a valuable lesson. I needed to be addicted to something.

And since I don't believe in alcohol, drugs, tobacco or any other vices (okay so a few chocolate items may make me waiver...), I turned to ser-'vice'. Serving others became my "vice". And something magical happened. I became happier, more fulfilled and began to understand myself and my role in this really big world better by simply focusing on others.

But I never quite seem to accomplish enough... 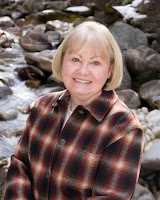 So when my good friend Gale Sears (who is the embodiment of Mother Theresa herself when it comes to service and sharing her talents) asked me to review her new book, The Route, I couldn't have been more thrilled at the opportunity!

Gale and I talked about service and she related how the things she learned through her experiences provided the message of this book. When Gale began her "route" delivering meals to the elderly for Meals on Wheels, she'd been at a time in her life where she needed to find fulfillment after the joys and hardships of raising a family. A call for volunteers on a local message board jumped out at her and thus began her adventures into the homes of some eclectic characters who found their way into her heart while Gale in turn found the best parts of herself.

Based on her own thoughts and feelings towards the people she came to love and serve, The Route, is a fictionalized story of a woman who is unsure of herself and her position in life yet has the desire to find purpose in her mid-fifties. She finds a posting that calls for volunteers to deliver meals to the elderly. Figuring that she couldn't screw it up too bad, Carol decides to try it out.

A run in the first day with a little trailer park tyrant who sends daggers through Carol's heart almost weakens her resolve. Carol, however, is determined not to shy away from the challenge. As time marches on, she not only comes to understand these people's histories, lives and imprint on the world but she comes to understand her own ability to love unconditionally and process her life and relationships as she puts things in perspective and gains peace and purpose.

As I spoke with Gale about the story after reading it, I had to admit that when I initially picked it up, I did not think it would be a story that would make me think too deeply. I judged it to be a feel good light read - something akin to a stroll through a daisy filled field on a pleasantly warm summer day. But for someone who has always thought that the only way to do things was on a grandiose scale (I relate to the guy whose idea of a nice presidential portrait was to create Mount Rushmore), it did make me think about the small things n life.

I have always had the desire to serve - and I do so on a regular basis - but I have always thought that my simple acts of service could never amount to a pile that could even hope to fit into Abe Lincoln's rocky left nostril. So I get down on myself because I don't have the ability to change the world - or a mountainous visage for that matter.

But the thing that Gale's book taught me is that I am changing the world - the world of those whose lives I have touched through the small and simple things. And by touching one life and their world with what I have always considered to be minutia , a ripple effect is created and a little bit more of the world is changed,...one person, one small and simple act of kindness at a time.

So until I can learn how to make monuments by carving people's lives in stone, it's enough to simply and quietly help others along the rocky paths we call life.

And one day, in the grand scheme of things - I hope for a few people out there at least - I will be able to say that when it came to their lives, I made mountains out of molehills

You can order Gale's book The Route through Amazon here or through Deseret Book here. And you can jump on over to read Gale's blog on service here.
Posted by Stacy G. Anderson at 7:38 PM

Great blog! I love serving others, so it really hit home. I really want to read The Route now!

It looks like a worthwhile read. Thanks for the heads up!

Interesting story as for me. I'd like to read more concerning this topic. Thnx for sharing that data.
Sexy Lady
A level escorts

I love and wish hope to get more things to read in the future.
wishesquotes4u

Welcome all who want to sit and read a while! May all that is good in life be returned to you tenfold as you spread your brand of good cheer to others.

And if that doesn't work for you, then do as a I do - face reality and subscribe to the notion that being a wife and a mother is like being pecked to death by a duck!

Stacy G. Anderson
Life for me is about family, religion and maintaining values that allow me to wake up and look myself in the mirror without feeling disgust for the way I have behaved. I also hope to validate my life by helping others achieve great things as they reach their goals.

Life is Tough - I Doubt I'll Make it Out Alive

Those who can't learn to laugh at life will become toast!!! Now available in bookstores nationwide...

Join us right here during the month of April as websites all over the Internet share their thoughts about "Life is Tough - I Doubt I'll Make it Out Alive." You will be linked to each and every review starting April 1st -- you don't want to miss it! 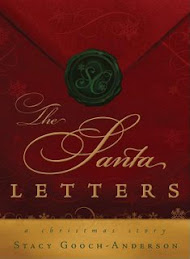 Reviews on The Santa Letters